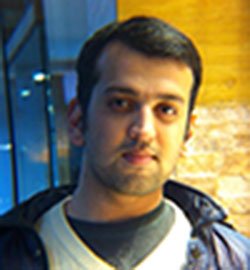 The purpose of this newly designed course is to enable Matric and onwards Students with science or arts to Learn Computers & Mobile Apps Development and start earning like a Bachelors Degree holder or even better, immediately after the course.
By Adeel Nasir
Register Here
Course Info

If you could not get a Bachelors Degree... Don’t worry... it’s not End of Life

The purpose of this newly designed course is to enable Matric and onwards Students with science or arts to Learn Computers & Mobile Apps Development and start earning like a Bachelors Degree holder or even better, immediately after the course.

Programming is the most established and oldest field in the Computer Technologies. Software Development (Programming) was also born along with the birth of Computers. It’s an all-encompassing field which has multiple branches now:-

A company or a person develops web sites to be placed on the World Wide Web. Recent surveys indicate that daily about Half a Million Websites are being added to the internet. The web developers and web designers make a good amount of money while constructing these web sites.

We have courses for Web Developers

Our institute is well experienced in training the Web Developers. We have the courses specially designed for Matric / Intermediate qualified youth to become proficient Web Developers. You can start your profession right away after the course.

We provide you On Job Work Experience

On Job work Experience is part of our courses and training programs.

The application development process for IOS platforms (IPod Touch, IPHONE, IPAD and future platforms) relies on a specialized paradigm of application development – the mobile paradigm. Designers and developers of mobile apps are challenged to provide superb user experience on resource-limited platforms where memory, processing power and battery life are at a premium. In this course, Inductin present Apple’s approach to mobile app design and development, as reflected in the design of the IOS platform, the Model-View-Controller (MVC) paradigm and IOS’s various high and low level frameworks. Objective-C, the native programming language for IOS, is exposed and explained step by-step. Students introduced to the XCODE integrated development environment, extensively using it to develop several applications from scratch. Students get abled to creating working iPhone and iPad Apps in class within a few, fast-paced days. You will understand the entire iPhone Apps Development Cycle from start to end.

Android Development course is a two-month program designed by INDUCTIN to create job-ready skilled Android developers. Jump start your career with skills to boast about at your next interview.

Focus of the Courses. Our courses focus on the Latest technologies, Programming Languages & Platforms; with the view to Maximizing the scope of Job search of our students, in the local as well as global markets covering the following aspects:-